When Can I Sue For A Dog Bite? 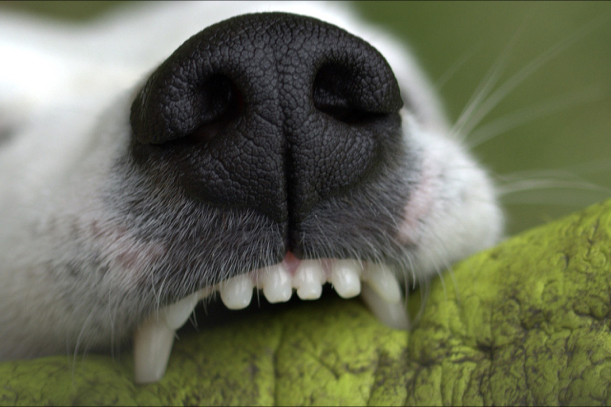 A dog is often called a man’s best friend. They provided love, emotional support, and protection. But what happens when another person’s dog goes from being cute to dangerous with snarl and a vicious bite?

Last Christmas, a two-year-old girl named Dionne Howard from Troy, Illinois was forced to endure this very nightmare. Channel 5 KSDK of St. Louis reported that when Dionne’s family was visiting her great grandmother in Normandy, Missouri, a dog approached while they were getting out car and without provocation, the dog pounced on her and latched on for seconds.. According to Channel 5, “Dionne emerged with a badly injured and bleeding cheek with a large piece of skin just dangling off her face.” She was immediately rushed the emergency room, and while they didn’t find any life-threatening  injuries, she was sent to the plastic surgeon to repair the damage done to her face.

This was a clear case in which the dog owner should be held responsible for the dog’s actions. The family was clearly not trespassing on the owner property, nor were they attacking the owner— indeed they weren’t even aware of who or where the owner was at all— and Dionne did not provoke the dog, so in this case the party at fault is the dog owner.

Sadly, in this case the dog was not wearing a collar with identifying information, so the owner could not be determined at the time of the attack, but this appears to be a clear case in which a significant lawsuit would be justified.

Like in Dionne’s case, dog bites can be often lead to costly medical bills and even permanent injury. Depending on the situation, you may be able to take legal action to recuperate your financial losses and to hold the owner responsible for the incident. Let’s take a look at when you can and can’t sue for a dog bite and what to expect if you decide to take legal action.

When you can’t sue for a dog bite:

If the dog was protecting the owner

Perhaps it goes without saying that a major reason people adopt a dog is for protection. With that in mind, you will have a much harder time suing a dog owner if the owner can prove that the dog was attempting to protect them, as in the following situations:

These are just a few examples in which the dog owner could make an argument that his or her animal was simply acting out as a form of protection.

If the dog has been provoked

In situations in which the owner can prove that his or her dog was provoked or attacked before the bite occurred, then it will probably be more difficult to take legal action. The question that needs to be answered in such cases is whether the dog was acting inappropriately given the situation and level or danger it was in. In particular if it appears the dog was in danger for its life, then acting out by biting is defensible.

For the dog owner, this can be an extremely challenging defense to make. After all, it’s hard to imagine that an owner could be completely oblivious to the aggressive conduct of his or her own pet. Nevertheless, the law in some states leave room for the possibility of an owner’s ignorance through a one-bite rule, which essentially means that a dog is given one ‘free bite’ before legal action can be taken. The rationale—difficult is may seem to believe—is that an owner has to bear witness to at least one bite before knowing the dog is dangerous. Many states have moved away from the one-bit rule and instead adhere to statues of strict liability, placing full responsibility for dog’s actions on the owner regardless of the owner’s ignorance. Missouri is a state that with statues of strict liability concerning dog attacks.

When you can sue for a dog bite:

If a case can be made that the dog was neither provoked nor acting out as a form of protection.

The strongest cases for lawsuits are those in which a dog appears completely without being prompted or provoked, on a property where it does not belong, in a situation in which it is not welcome, and then attacks without warning. Of course, in most cases are not so clear, but the fact remains that a dog bite lawsuit is always more likely to succeed if the defendant cannot give a justifiable reason for the actions of the dog. And the most justifiable reason for a dog to bite is out of some kind of defense.

If a serious injury occurred

It should almost go without saying that the likelihood of success and the level of financial compensation goes up as the injury or damage is worse. Taking legal action when a dog gives little more than an affectionate nip makes little sense, whereas taking legal action when dog rips through layers skin and bone is completely justified. The more damage caused by the dog, the worse the medical expenses and psychological trauma will be.

Is a dog bite lawsuit covered by any kind of insurance?

For the pet owner, most dog bite lawsuits are covered by homeowner’s or renter’s insurance, but only to a certain point. Insurance will usually only cover a maximum cost of between $100,000 and $300,000, depending on the plan.

According to the Insurance Information Institute, the average payout for a dog bite in 2018 around $39,117. That amount continues to rise each year with increased medical costs and has grown over 90% since 2003. All told, in 2018 homeowner’s and renter’s insurance paid $675 million in liability claims for dog-related injuries.

What will happen to the dog?

If the lawsuit is successful, the dog will probably be put down. Keep this in mind when considering the seriousness of taking legal action.

Get a personal injury trial lawyer to sort it out

If you’re thinking about taking legal action for a dog bite injury, it’s crucial to have an experienced lawyer working for you. A personal injury lawyer is essential in collecting and presenting all the available evidence to make the strongest case possible and win you the just compensation you deserve. Call now.