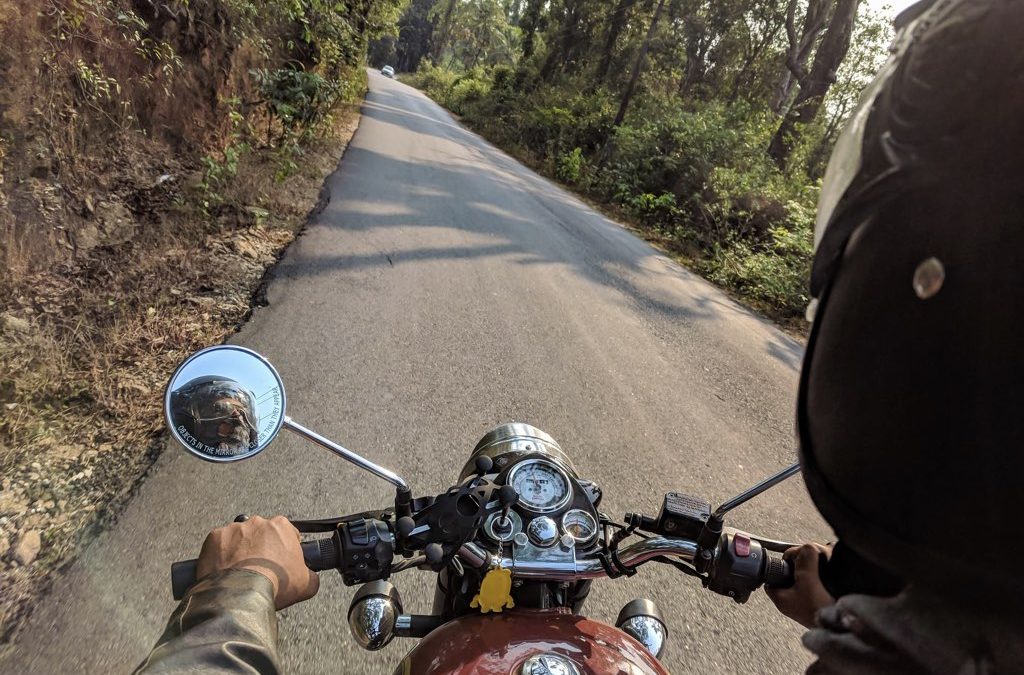 Motorcycle Accident Lawsuits – What you need to know

Last March, the St. Louis Post Dispatch reported that a 26-year-old man named Jason Reeves was driving his motorcycle on Morganford Road with a group of fellow motorcyclists when a sedan suddenly turned in front of them. The riders at the front were able to stop in time to avoid hitting the sedan, but this led to a domino effect that caused the riders in back to collide with those in front. The result was that Jason was killed and another rider was seriously injured. The police blamed the sedan for the tragic accident.

Imagine a scenario in which you, like Jason Reeves, go for a ride on a cloudless summer day, enjoying the temperate weather and the thrill of the open road, all the while paying careful attention to both the surrounding traffic and the rules of the road, only to find yourself in a hospital bed the next day—or far worse, on a table in the coroner’s office. Such a hypothetical should arouse a feeling of injustice in any fair-minded person. To suffer a physical and financial catastrophe at the hands of another is a good reason to pursue litigation. Although motorcyclists are uniquely equipped to avoid potential hazards—the compact size and tight handling of a motorcycle allow them infinite maneuverability— they are also much more vulnerable. An accident between two cars that could easily be described as a fender-bender could result in serious injury or even death for the motorcyclist. Only last year, police statistics reported over 88,000 motorcycle injuries and 5,000 deaths in the U.S. alone.  With this in mind, every motorcyclist should know their rights and how to respond when they have been unjustly injured by another.

What to do after a motorcycle accident:

Even if you think it will lead to costly medical expenses, you should visit a hospital. Likely (and expectantly), this decision will have already been made for you if you were knocked unconscious or badly injured from the crash. Worrying about finances comes second to saving your life. When the time comes to pay for the damages caused by the accident, new solutions will present themselves, including presenting a claim against the at-fault party with the potential for litigation if necessary.

Once your life is no longer at risk, the next step is to recall and document as much information as you can. What happened in the moments leading up to the accident? Did the environment play a role? How much of a factor was the weather? Was there good visibility? What gear was your motorcycle in at that time? Take pictures of the damage done both to yourself (if you were the injured party) and to the vehicles. Take pictures of the scene of the accident. Recall if there were any witnesses. Any detail about the accident, no matter how insignificant it may seem, should be recorded and documented.

3. Be careful what you say

Emotions are always high in the aftermath of an accident.  In an effort to calm everyone down, you may be tempted to apologize to the other motorist, even if you were not the one responsible for what happened. You may also feel compelled to blame the weather or other uncontrollable circumstances to make the other party feel better. Try to avoid doing this. If the accident results in a lawsuit, the defendant might try to use your own words against you.

4. Be especially careful about social media. (And so should your friends and family)

On the subject of being careful what to say, posts on social media should be avoided. If, for example, you make an innocent comment on Facebook, like “I just wasn’t paying attention,” it could be used to place more of the blame on you. This also applies to your family and friends. Be sure to encourage your loved ones to refrain from posting details about how and why the accident occurred. Even posts that may not seem like evidence at first blush—an off-handed remark on your mood, like ‘I’m feeling guilty’— should be avoided. Just remember, the less you say, the better.

How much is a good settlement for a motorcycle accident?

A fair settlement for a motorcycle accident is largely determined by the severity of the accident and the level of negligence from the responsible party. Minor accidents with less-costly medical bills will likely result in smaller payouts than graver accidents. A survey from Jury Verdict Research (published by Thomson Reuters) found the median motorcycle injury verdict from 1999 to 2006 to be around $73,700. Accounting for inflation, that number has likely gone up in recent years, and in special circumstances, the payout could be much more substantial.

Possible defenses against a motorcycle lawsuit

If you are preparing to file a lawsuit over a motorcycle accident—or worse, you fear you might be vulnerable to one— it is always a good idea to know in advance about the possible defenses. The following are a few of them.

1. The motorcyclist is partly to blame

In many accidents, the blame is not placed entirely on one party. You may already know this from your own experience of being in an accident or reading a police report. In the most clear-cut cases, in which the blame is beyond any doubt, a police officer will issue a ticket to the guilty motorist. More often, the blame is split between the two parties, albeit not evenly. For example, you may be blamed for 20% of the accident, whereas the other person is blamed for 80% of it. It should go without saying that the defendant will push to have as much responsibility as possible be placed on the plaintiff.

2. Driving a motorcycle is inherently dangerous.

Like it or not, any motorcyclist attempting to file a lawsuit is going to be confronted with a certain amount of prejudice. The thinking goes like this: Didn’t you know it was dangerous to drive a motorcycle? Couldn’t you have just driven a car, instead? And what kind of a person wants to ride a motorcycle, anyway? Someone with a devil-may-care personality. Someone who probably takes pride in all his skull-and-cross-bone tattoos and his leather jackets. And people like that probably drive recklessly, too. Surely this was the reason for the accident and the injury! The motorcyclist was playing with fire, and he got burned. That makes it his fault.

This line of thinking may seem spurious at best and juvenile at worse, but it often comes to bear in motorcycle lawsuits. For that reason, if you find yourself making a claim for injuries, be particularly cautious with your social media and all forms of communication. Harsh language and aggressive images could be used by the defense to paint a picture of the plaintiff as a crazy motorcyclist with a tacit death wish.

Another defense is that the accident was the result of unforeseeable factors. The weather would be the most prominent example; after all, the weather is out of everyone’s control. Although you may think it’s better for the defendant to blame the accident on an act of God rather than you, any attempt to avoid responsibility is worse for you. Keep these kinds of variables in mind.

How motorcycle accident compensation is calculated

There is no exact mathematical formula for determining how much you may receive in a motorcycle accident payout. Even experienced personal injury lawyers may have a difficult time determining a fair compensation. With that said, a personal injury lawyer will advocate on your behalf to help you get the best payout possible. A good lawyer will listen to your story, analyze all the details of the case, and develop a strategy to ensure you win the compensation you deserve.

2. Damages which cannot be determined through exact calculation, like pain and suffering, and other related issues.

Calculating your lost earnings is straightforward. Simply tally up the hours of compensation missed and the benefits lost and add that number to the total.

Calculating the future earnings lost may be more difficult. Determining how long an injury will prevent you from getting back to work is just the beginning. You also need to take into account for how the injury could negatively impact the quality of your work and possibility of advancement. Perhaps your injuries have made you slower at your job. Perhaps the accident even took a psychological toll, which would add yet another barrier to your effectiveness and efficiency at your job. Altogether, the loss taken from accident is probably much greater than it may first seem.

Unlike pain and suffering, medical bills come with a dollar amount. At the time of the lawsuit, all related medical bills (including those that may not at first seem to be a direct result of the accident, like chiropractic visits) should be taken into account. A more difficult calculation is the cost of future medical bills. How long will the plaintiff continue to need treatment, like continued chiropractor visits, or physical therapy, following the accident? Will she continue to need medical help for just a few months or for the rest of her life? Judges and juries wrestle with these questions, but a good personal injury will always be fighting for his client to get the best compensation.

Estimating an exact dollar amount for pain and suffering is never straightforward. Related expenses that arise from the accident, like private counseling for PTSD, would be considered medical costs. Pain and suffering attempts to account not for the damage done to plaintiff’s wallet, but for the damage to their quality of life. For this reason, there is no precise way to determine the true cost of these damages. Instead, jury members must rely on their consciences and personal experiences to judge for themselves. Generally, the greater the pain and suffering, the higher the payout will be, but determining the severity can be challenging.

With a situation as serious as a motorcycle accident, you need to be as informed as possible. The physical and financial well-being of you or your loved one could be at stake. Understand your rights and what actions you can take. Although the information in this post may prove useful, each accident is different and poses unique legal questions and complications, so the best course of action is to contact a personal injury trial lawyer, like those at Leiser Law Firm. Give us a call now.