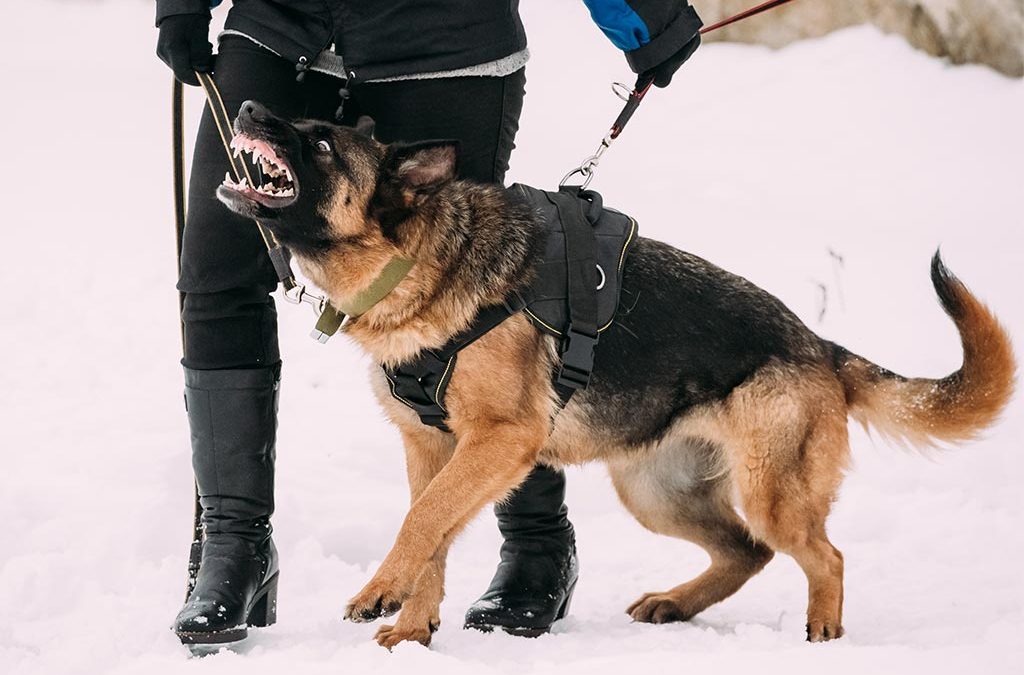 According to the Center for Disease Control (CDC), millions of people are bitten by dogs every year, and hundreds of thousands of patients end up in emergency rooms as a direct result of dog bites. Still, many cases are preventable, so we’ve come up with some tips for how you can reduce your risk of getting bitten by a dog.

Always ask the owner if it is OK to pet their dog before doing so. This is more than just a courtesy to the dog’s owner, this is to keep you safe. If they know their dog has a tendency to be aggressive, they’ll tell you and say it’s probably best if you not pet their dog.

If a stray dog approaches you, remain motionless. Let them come to you, rather than trying to make the first move. Slowly hold your hand out in a fist so the dog can sniff you first. If all goes well (and the owner says it’s OK) then you can pet the dog.

Say “No” or “Go away” firmly in a loud voice if a dog you don’t want to interact with approaches you. Using a firm, commanding tone of voice is more important than the words you use.

Learn the Language. Dogs have their own body language and things will go much more smoothly between the two of you if you learn what that language is. A dog that is wagging its tail and has its mouth open is safe to approach.

Mouth open is the not the same as baring teeth. Teeth baring and/or growling is a pretty clear indication that the dog wants you to stay away, especially if their tail is also sticking straight out behind them. A dog that has its mouth closed, head and tail lowered, and eyes locked on something is getting ready to attack – do not approach a dog in this position. Eye contact is also a sign of aggression, so try to avoid making eye contact with all strange dogs.

Approach a stray or unfamiliar dog. If you see a dog running about on its own and/or acting strangely, contact your local animal control to let them know about the dog. Include a physical description of the dog, as well as the location of where you last saw it.

Panic or run from a dog. That is a race you will not win, and both your panic (which they can sense) and your running could trigger the dog’s aggressive response.

Startle or disturb a dog that is sleeping, eating, caring for puppies, or has a toy. Some dogs are resource aggressive, which means if they have something (a toy or food) and you approach them, they may act aggressively out of fear that you’re going to try to take away whatever they have. If a dog you don’t know has something in its mouth, don’t try to get it out, even if it belongs to you. Let the dog’s owner handle it. If the dog is running about unsupervised, just let them have it (but still call the authorities and let them know there is a stray dog running around).

Let children play with dogs unsupervised. Children are more likely than adults to be bitten by a dog and their injuries tend to be more severe than when an adult suffers a dog bite. Children are curious and unaware of canine manners, so they’re more likely to do something that will upset the dog, such as pull its tail or one of its ears. Some dogs will react aggressively to this kind of treatment, so never let your children play with an unfamiliar dog without supervision.

That said, attacks still happen, even if you’ve taken all the precautions. That’s when you need an experienced personal injury trial lawyer, like the lawyers at Lieser Law Firm in St. Louis.