How to know if you’ve been hurt in an Auto Accident, and what you can do about it. 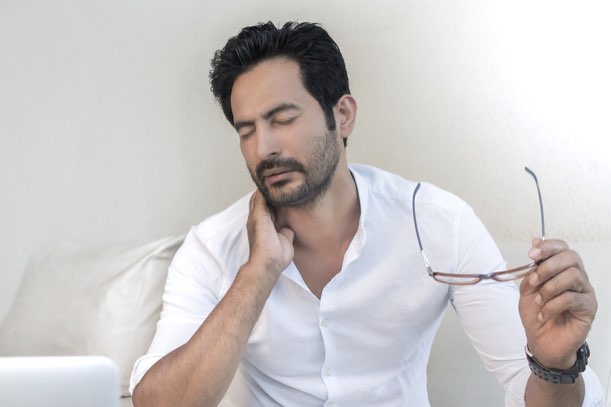 How to know if you’ve been hurt in a Car Accident, and what you can do about it.

It’s a normal day and you’re driving to work, to a friend’s house, to the gym, or even to school— maybe you’re listening to the radio, or you have your window rolled down, enjoying the air and the sunshine— and then the next moment, everything goes wrong. All sense of control and serenity is lost. Horns honking. Tires screeching. And then you feel the force of the impact and hear the unnerving sound mental colliding violently against metal as the airbags deploy and the loose articles go flying.

Every year, 30 million Americans are injured by car accidents. That’s roughly 13% of U.S. drivers, over a mere 12 months. Considering that most adults spend a majority of their life driving (or else riding as a passenger), the likelihood of being injured in a car accident is extremely high. Of course, each accident is different, and some injuries are much more severe than others. They range from life-ending tragedies to seemingly innocent fender benders. But even in milder accidents, injuries can occur, and it’s best to be know how you can be injured and what you can do about it.

What to do first when you’re in a car accident:

Car accidents can differ wildly from one instance to another, and for that reason, it’s difficult to know what to do first. But it’s always important to act thoughtfully and deliberately. The common advice ‘don’t panic,’ is mostly true, but if a person is seriously injured and in need of immediate medical attention, a sense of urgency is important. In these situations, it’s best to get everyone involved out of danger and call 911 as soon as possible.

Don’t let this sense of urgency allow you to put yourself or anyone else at risk. From a legal perspective, it’s also important to be careful about what you say and do in the moments after an accident. Here are some tips:

This is even more important if you think the other driver is partly or wholly responsible for the accident. Document everything. Use your smartphone to take pictures of any cuts, bruises, and scrapes that might have occurred in the accidents. Take pictures of the damage to each vehicle involved and their position relative to the other vehicles.

What to expect physically after a car accident

Sometimes the effects are obvious: a broken leg or a long night in the ICU need no explanation. The only question in serious circumstances like these is how you are going to pay the medical bill. Other times, you may not feel anything physical at first. In the immediate aftermath of an accident, your body is still operating in a fight-or-flight state and your awareness of possible injuries is being suppressed by endorphins and adrenaline as a coping mechanism. Don’t let your body fool you into thinking you haven’t been injured. At first, you may feel fine, even physically energized, but sometimes the most serious symptoms of a car accident injury will not become apparent until later. The most important thing to do in the aftermath of a car accident is to pay special attention to yourself and any possible symptoms.

Common injuries from getting hit by a car

Car accidents can result in a range of injuries. Here are just a few of the obvious ones:

Symptoms of a more serious concussion include:

If you are experiencing symptoms like this, seek immediate medical attention.

Not all damage in car accidents is physical. Some result in psychological damage, but even so, they’re nonetheless (or even more) harmful to your overall well-being. In the aftermath of a car accident, you may experience PTSD or severe anxiety, resulting in a fear of driving or riding in a car. If a loved one was injured or killed, you may also experience depression. Issues like this are no less serious than a broken bone, and you deserve the help of licensed mental health professionals to deal with this psychological damage.

Perhaps you are one of the unlucky 13% of Americans who has suffered a car accident injury this year. Even if you’re currently enrolled in a decent health insurance plan, the resulting medical expense could be overwhelming. The nightmare is infinitely worse if you are one of the millions of uninsured Americans. In such a case, the only recourse may be to declare bankruptcy.

But what if you weren’t responsible for causing the accident? What if it was the reckless actions of the other driver found you on the receiving end of an overwhelming financial burden? The most common causes of automobile accidents are drunk driving and distracted driving (largely from using smart-phones); both are caused by the reckless actions of a driver, and this driver alone should bear the financial responsibility.

In car accident injury cases, the amount of a settlement depends on numerous factors. These include the degree of liability of the at-fault driver. It also depends upon the severity of the injury.  It would be disingenuous if someone told you exactly what they were worth without meeting with you. Either way, these are things that can be discussed during the free consultation.

If you believe you have been wrongly injured by a car accident and you deserve compensation for your medical expenses, it may be time to call a personal injury trial lawyer. A lawyer can help you get the compensation you deserve and need.